The Board of Directors of Kingston Community Credit Union currently consists of seven independent directors who are ultimately responsible for the stewardship of the credit union and oversight of its risks and financial performance.

Note:  A Director’s term expires at the KCCU Annual General Meeting held in the year of their expiry.  Subject to by-laws, the AGM is held no later than 120 days after the fiscal year-end of the credit union (December 31).

Should any member be interested in learning more about upcoming opportunities to serve on the KCCU Board of Directors, please contact the Board Chair or the CEO.

As of April 5, 2022, the Directors of Kingston Community Credit Union are: 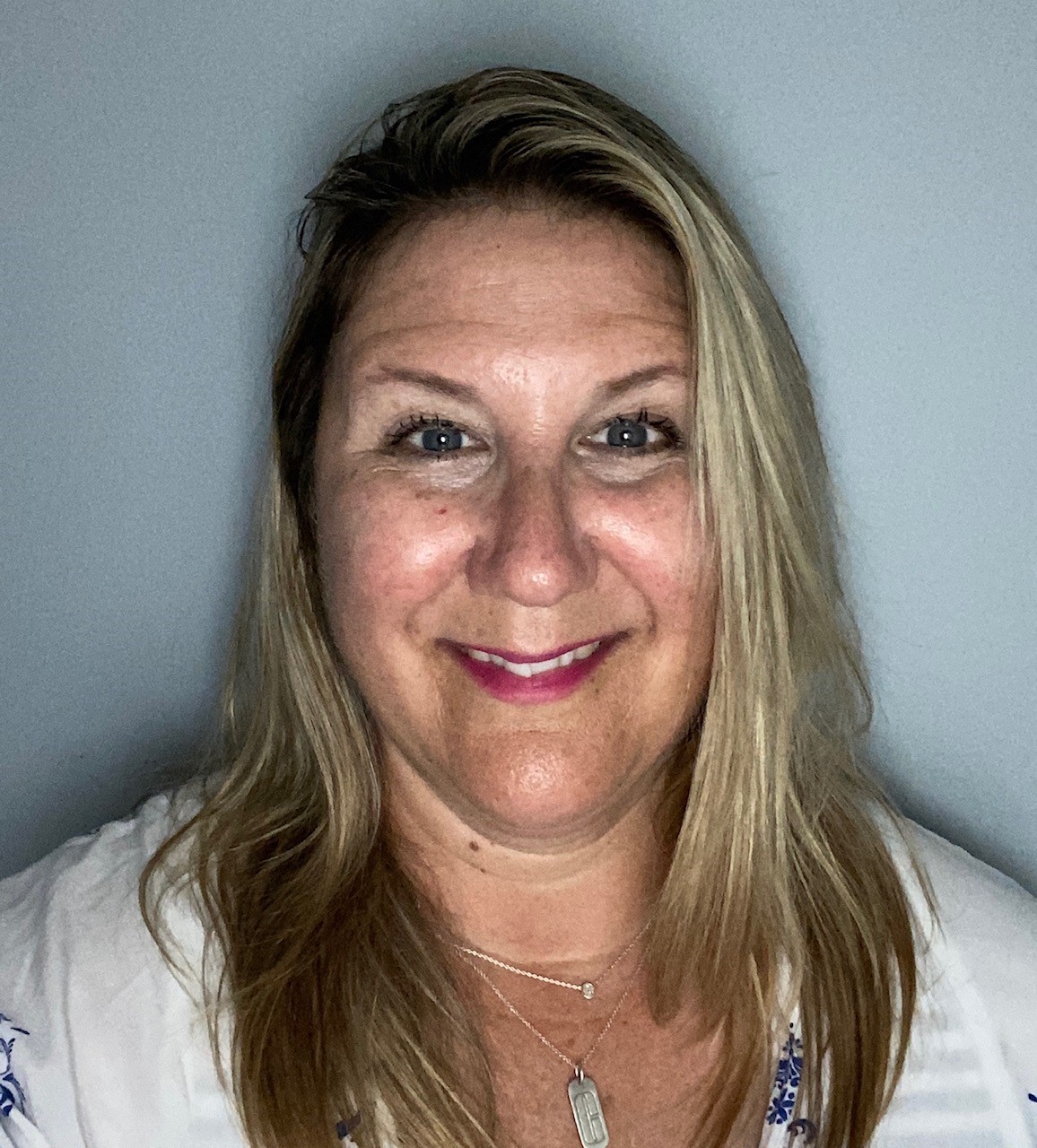 Lisa has a strong background in personal service excellence and a strong belief in the co-operative system. She views her responsibilities as representing the benefit of the credit union members, staff, and the community. Based in the Kingston area, Lisa has a longstanding involvement with KCCU both as a member and as someone who has done business with KCCU in her capacity as a Senior Sales Associate with one of Canada’s oldest and most highly regarded retailers.

She is no stranger to corporate change and what it takes to adapt and prosper. Her store has always been among the best performers in the country, due in no small part to her enthusiasm, positive nature, and co-operative and collaborative approach to business.

Lisa has a willingness to embrace new ideas and ways of doing things. She brings those attributes with her to every Board meeting, contributing and learning how she can best protect the interest of members while paying attention to the impact of the financial changes that occur in the course of the business at KCCU.

Throughout her business career, Lisa has steadfastly demonstrated loyalty, excellence, and commitment. She is a team player and a strong contributor at every Board and Audit Committee Meeting. Lisa strongly believes in ongoing education and keeping abreast of economic and social trends that affect members of the credit union and the community.

Bob has extensive experience with credit unions starting in the early eighties with the Teamsters Credit Union, Hotel Dieu Credit Union and KCCU where he has been Chair many terms and has helped guide KCCU’s direction through many legislative changes and many economic challenges to our current position of financial strength.

Bob has been a credit union member for over 45 years.  Winner of the prestigious Gary Gillam Award for Social Responsibility in 2010, Bob is a person who believes strongly in social justice and helping the community.  In 2012 he received a Director's long service award from the Director's Forum.

Bob has been instrumental in many significant community initiatives and donations as well as sitting as Chair of Town Homes Kingston (Kingston Non-Profit Housing) and a member of their Board for 15 years.  He has donated his time to other causes such as youth sports for over 20 years.  He understands the needs of the credit union members.  He always considers the impact of changes in the direction of KCCU on members and serves with member individual and collective benefit at the forefront of his actions.  Bob is retired from Purolator, a subsidiary of Canada Post.

Bob is actively involved in the Eastern Ontario Credit Union Alliance and the Association of Small Credit Unions.  Bob has been recognized by the Credit Union Director's Association as having achieved all required courses and has attended the most recent Central 1 Director's Forum and Annual General Meeting.

In addition to his community service and awards, Bob was also recognized by KCCU and the Credit Union Director's Organization for over thirty years of service to the credit union system and KCCU.

Reta is a retired businesswoman who was the center of the community hub in Camden East through the Country Store that she and her late husband and MP Larry McCormick ran for many years. The Country Store was much more than a corner store, it was a central gathering place to chat and to celebrate community events which Reta always had a hand in.

She has long been familiar with business, politics, and community involvement.  Reta has been a volunteer with her local church for over 40 years as a person with strong beliefs in helping other people and her community.  She uses that same approach as a credit union director.

Reta has been a member of KCCU's Board of Directors since 2009.  Here contribution has been invaluable; her perspective is unique.  She brings to KCCU an open, honest, and straightforward approach to how she represents the members.  Reta brings her keen business sense and passion for social justice to the board table.

She is keenly interested in financial trends and how the credit union uses their resources efficiently to bring products and services that will continue to serve older and newer members alike.  Under her watchful eye, many key questions and discussions have helped the board gain a better understanding of some of the pressing issues affecting us collectively as a credit union and as the greater Kingston community. 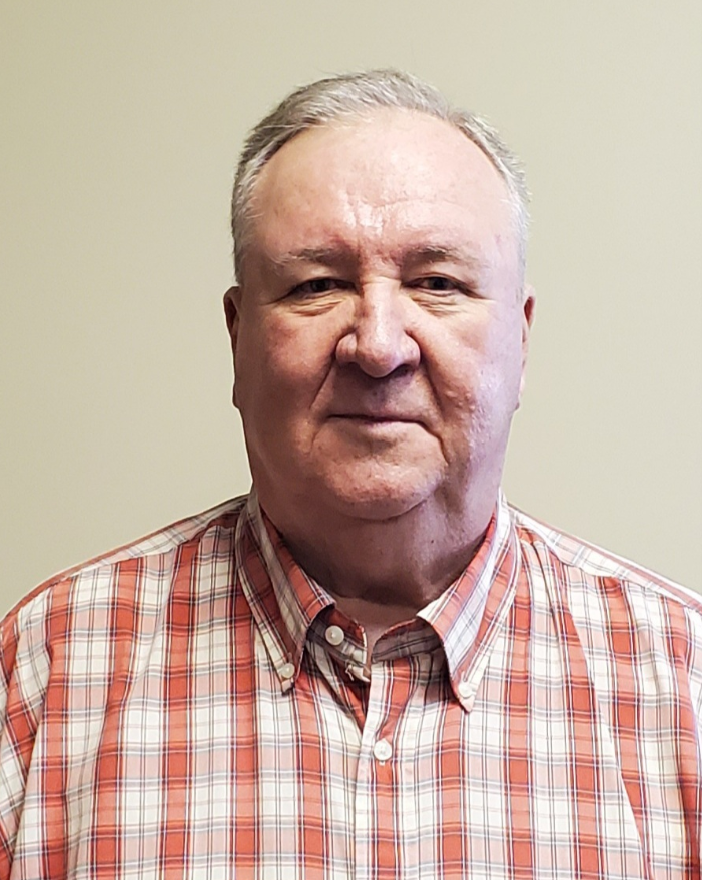 Paul is a former police officer with the Kingston force retiring as an Inspector.  In his board role, Paul is the first to compliment the staff on a job well done and he recognizes and appreciates new initiatives taken on by KCCU.  He is a strong and co-operative supporter and believes firmly in a sensible no-nonsense approach.  He carefully considers all issues and assesses the short and long-term impact of all decisions.

As a member of KCCU for 45 years, Paul is uniquely qualified in his role as a director, bringing solid understanding of the ebbs and flows of the economy and its impact on members.  Paul values the history of the credit union and its roots and looks out for members with a considered thoughtfulness and a watchful eye.  He sees himself as a person who likes to see things well explained in a strait forward and transparent fashion.  As a former law enforcement professional, Paul has a thoughtful demeanor and a keen eye for logic.

Paul is a proponent of sound financial management and how that positively impacts on the long-term health of the credit union and its ability to provide members with products they need at prices that make credit union membership the obvious choice.

He is a good listener and is never afraid to ask a question to get to the root of difficult issues and make them clear in terms of short and long-term implications.  He is always looking for ways to ensure members get the best value from the credit union and that all members receive fair consideration for their financial needs. 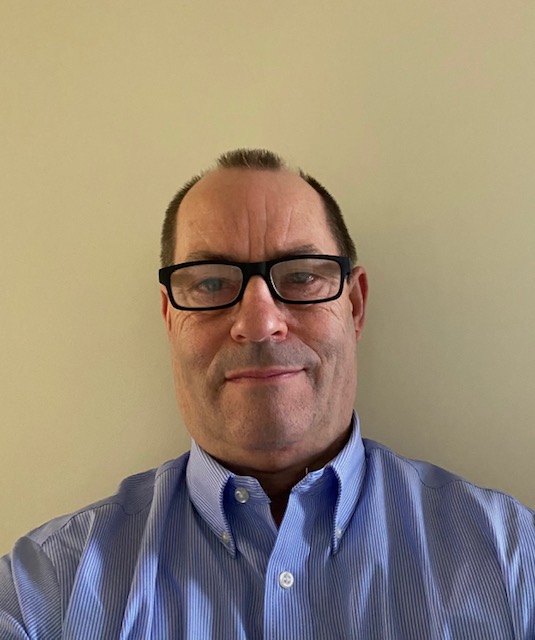 Brent comes to our board with over 30 years of progressive, relevant management experience with 20 of those years as the General Manager of a local student housing cooperative.  His roles as Administrator of a retirement home,  the Director of Finance for the Kingston Regional Cancer Centre as well as his participation on numerous boards and committees such as the Ontario Student Housing Co-operative, Alzheimer Kingston, Canadian Co-op Association, National Committee on Sustainability, Ontario brings much experience to our board table.

Brent has strong communication skills along with valued experience in determining the optimum use of resources.  His many years in the co-op sector and strong management skills will help to expand our membership and the value our organization provides to our community.

He is looking forward to matching his strong skills and cooperative attitude with our organization and our investment in social, cultural, financial, and environmental sustainability.

We welcome Brent as a new member of our Board. 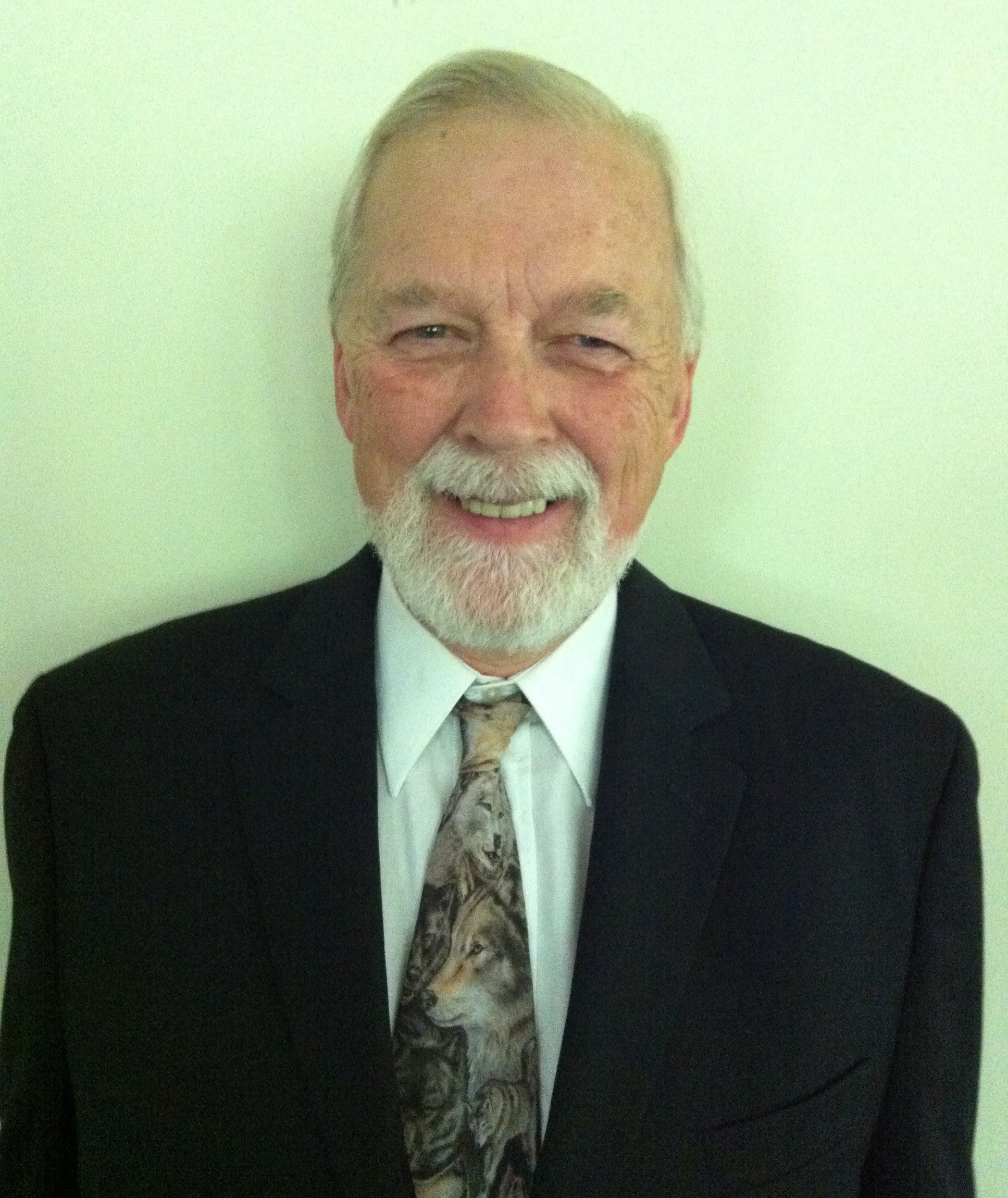 Stephen is an entrepreneur with extensive business and corporate experience.  He has owned and operated numerous businesses, has significant knowledge in employee relations, is very familiar with financial statements and budgets, and has a keen awareness of market trends.

Stephen believes strongly in local entrepreneurship and community engagement.  He has served on management boards in schools, churches, and municipalities.  Stephen is keenly aware of the needs of others around him and seeks to make life better for them.  He works hard and uses his resources, when possible, to improve the community in which he lives.

He resides with his wife of over 50 years north of Perth Road.  Since moving there in 2011 he has become very involved with the local community.  He served a term on the South Frontenac Police Services Board, is the Chair of the Session of Perth Road United Church, where he also sings in their choir.  He is on the Board of the Perth Road Sunday School Hall Community Centre, an active volunteer of the Tuesday lunch program and a member of the South Frontenac Seniors Housing Committee.

Stephen believes strongly in the values and principles of the credit union and will bring considerable experience to our board table.

We welcome Stephen as a new member of our Board. 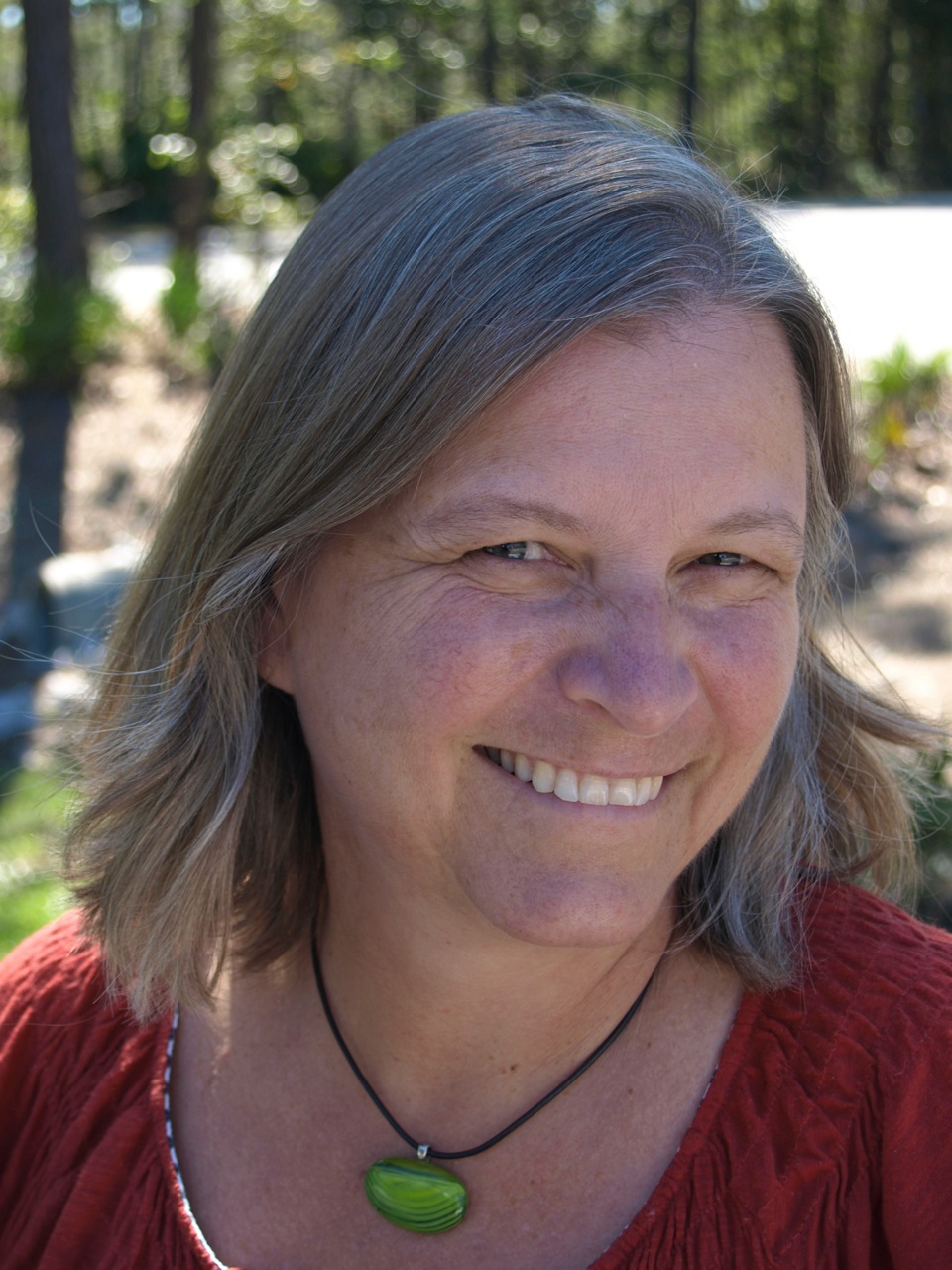 Josephine has been involved in the cooperative movement since her student days in co-op housing at the University of Waterloo.  She has lived in Kingston and been a member of Kingston Community Credit Union since the 1980’s, during which time she has raised a family, ran a successful retail business, and parlayed her travel addiction into a career as a freelance writer, author, and editor that has taken her around the planet.  Chasing the Blues, A traveler's Guide to America's Music is one of her most recent books.

Over the years, Jo has sat on many boards including the Waterloo Co-operative Residence Inc., Big Sisters, Cataraqui Canoe Club, Travel Media Association of Canada, and Roadtrek International.

We look forward to her sharing her board experience and her commitment to cooperative principles to her new board position at KCCU.